Today was a day with a lot of activities. A dear friend was sworn in as an American citizen and unfortunately I had to miss the ceremony because of bankruptcy hearings. I jumped in the car and drove to Austin after my hearings (yes passing Buc-ee’s again), where I was speaking at a Bankruptcy seminar put on by the state bar. Since the seminar was in downtown Austin I had to pay to park in a garage, and although I’ll be reimbursed for my miles and parking I will still be out that money until then. Lunch was provided at the seminar so I did not have to pay for it, which is a good thing because I am $2.50 over my lunch budget for the month.

My daughter walked over from UT after she got out of her classes so we could have dinner together. We had planned on going to Trudy’s, a local tex-mex restaurant that has recently filed for bankruptcy. However, Austin traffic was horrible per usual so we decided to eat at Clay Pit which was across the street from the parking garage. Even though we left around 6pm we did not get back to my daughter’s apartment until around 7pm so we probably should’ve gone to Trudy’s after all. Now I am headed back to San Antonio and I just might have to stop at buc-ee’s because I need gas.

Even though there are only 8 days left, I still have a lot of spending left to do and I may not be able to make it to the finish line. We will see if I can.

© 2017. The content on this website is owned by us and our licensors. Do not copy any content (including images) without our consent.
I am a debt relief agency. I help people file for bankruptcy relief under the bankruptcy code. Board certified by the Texas board of legal specialization in consumer bankruptcy law.
Contact Us

We're not around right now. But you can send us an email and we'll get back to you, asap. 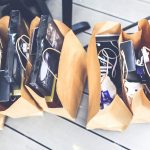 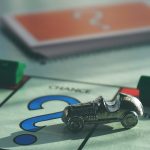